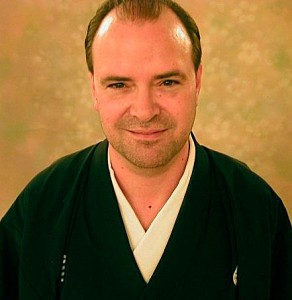 ‘Until Enlightenment I go for refuge to the Buddha, Dharma and Sangha. Through generosity and other virtues, may I attain Buddhahood in order to help others.’- Buddhist Prayer

After becoming involved in Buddhism, I spent years reciting the standard prayer that ends with ‘through generosity and other virtues, may I attain Buddhahood in order to help others.’ One day, as I was repeating the same words as usual, the thought suddenly arose, ‘through generosity and… HOLD it! WHAT generosity?!’ I realized that I wasn’t really going out of my way to be generous at all.

The suttas are full of stories of beings–businesspeople, courtesans, paupers–who made a practice of giving and attained stages of awakening in their lifetimes, while also becoming very wealthy in the process. Anathapindika and Visakha attained vast wealth through their generosity, and were also very wise in the Dharma. Their stories are very inspiring, and are well worth exploring in the early Buddhist texts.

Reflecting on this, I decided to make generosity a regular and significant part of my monthly budget, and to see what happened. I began the practice of tithing (giving 10% of one’s income to the sources of one’s spiritual inspiration), carefully wrapping each donation in an envelope and taking all the offerings before the shrine, declaring (with a much greater sense of personal involvement now!) ‘through generosity and other virtues, may I attain Buddhahood in order to help others prior to sending them off.

In addition to a marked increase in feelings of abundance and connection with the spiritual path and teachers, I experienced a 200% increase in income in the first year, was offered a wonderful home to live in for a fraction of the normal cost, and was on the receiving end of a variety of other unexpected windfalls. While this might be a coincidence, it is completely in accordance with the many stories in the suttas of people experiencing sudden material abundance after making sincere gifts to wise beings. Furthermore, the practice of regular giving brought a sense of meaning and purpose into my life that had been curiously lacking when the majority of my daily focus was all about ‘me’.

Of course it wasn’t long before I found myself chanting ‘by generosity and other virtues… HOLD it! WHAT other virtues?!’ Based on my first experience of direct results of the spiritual path achieved through giving, I began to take ever more aspects of Dharma practice seriously. Seeing the results of this practice of tithing, I was also struck by the inherent insecurity of material gain, and was inspired to continue giving while making greater effort in meditation practice to get beyond being subject to loss and gain. So the easiest step (giving money according to one’s means) became the basis for a natural progression in overall Dharma practice.

It has been pointed out that any wholesome state can become the basis for further wholesome states. By dedicating the gift to the awakening of all beings, the joy and spaciousness that this creates in the mind is a fertile and delightful place from which to undertake contemplation of the unsatisfactoriness of conditioned existence, impermanence and the lack of an abiding self.

Many people don’t realize that, in addition to being one of the quickest roads to basic sanity, generosity is also the real source of wealth. If they knew this, the very people who are most reluctant to give would be much more enthusiastic about sharing what they have for the sake of others.

Once, when the subject of lottery tickets was being discussed, Namgyal Rinpoche remarked that tithing is a far more reliable road to wealth than playing the numbers. It’s difficult for teachers to make this point since they appear to be the object of the giving, but I now know for fact that offering material support enriches both giver and receiver. In addition to increased abundance in one’s material situation, one leaves habitual states of mental poverty and steadily enters a world of emotional richness. Simply recalling instances of giving is an immediate antidote to depressive states of mind, far more effective than any medication.

First published on the Clear Sky Retreat Centre Website, permission given by John Munroe to share with the Wangapeka.