From our Archives: This article was written for the 2010 Newsphere. 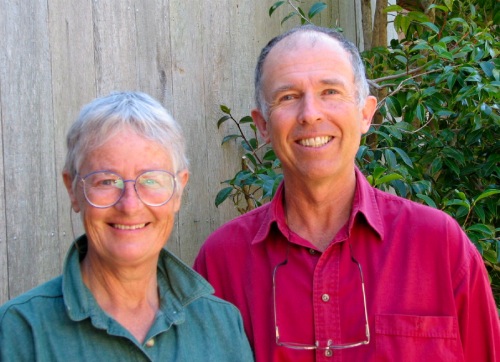 Dear friends, both old and new,

Wangapeka is one third of a century old. Many changes have happened in the world since it was established. Children have grown up. People have moved. Adults have aged, retired, and some have died. Today Wangapeka is poised on the edge of transition. Where and what it will transition into is uncertain. The situation is this. The people, living at or near Wangapeka, who have put in so much work for so many years to facilitate the running of the Educational Trust and the Wangapeka Retreat Centre property, are seriously running out of steam. For the Wangapeka to continue there needs to be new people coming forward to infuse inspiration, practical skills and dharma guided decision making to actually run the Trust Board (which is legally required by the government). There also needs to be fresh new staff come forward to live and work at the centre. These needs are pressing and immediate.

For more than 30 years, the Wangapeka Study and Retreat Centre has been a focus for deeply valuable experience and inspiration for many people, not only New Zealanders but from many other countries as well. Just a few days ago, one of the meditators said to me after an interview; ‘I’m so thankful that there are places like this. They are so precious.’ I think this could have been said by many people.

Wangapeka Study and Retreat Centre was one of the first residential centres for Buddhadharma in New Zealand. Quite a few people who later became key supporters and organisers for many of the current Buddhist facilities throughout NZ received their initial teaching and impetus through their experiences at Wangapeka. The centre continues to look physically good, courses continue to be scheduled, the bank accounts are currently in the black but the human infrastructure, the Trust Board and residential staff, are becoming very thin on the ground. In the day to day administrative and functional side, the centre seems to be drifting toward a staffing crisis that, if not resolved, could threaten its very existence.

Wangapeka has flourished over the years primarily on the flow of immense amounts of generosity and good will on the part of countless people. The centre was never envisioned as a business. (It has unfolded both legally and at heart, as a charitable trust.) It has been a loose, transient community of multi-talented people willing to collectively cultivate a vision of non-sectarian buddhadharma through living and working together as friends on the path of life. At the beginning, the teaching and example of Namgyal Rinpoche was a continuous source of inspiration and cohesion for the wide-spread membership. His encouragement to value our intelligence and integrity in order to bring forth innovative yet well grounded expressions of buddhadharma has inspired many decades of fruitful exploration.

The situation for Wangapeka has changed dramatically from what it was when it was founded in the mid 70s. Increasing government regulations have added massive amounts of accounting work, forms to be filled, by-laws to be addressed, and red tape to be navigated. The larger society of N.Z., in which Wangapeka exists, is driven even more than it was, by money and business models which inevitably seep into and affect the spirit of how Wangapeka is run. Land caretakers and office staff are often people who are not familiar with the vision of the teaching as it has unfolded here. In such situations, it is understandable that they might approach their time at Wangapeka as if it were normal paid job. When this happens there can be a disconnect between being office staff or land caretaker, and being a contributing part of a community of friends in dharma.

Many of the buildings at Wangapeka are decades old. Without a long term core of residents who have a vested interest in caring for them, little details, like a tiny unnoticed opening can lead to a building being full of rats and mice at which point it is a massive undertaking for one caretaker to address. Deeply connected with this situation is the fact that our resident bodhisattva, Michael Elliott, who has given the last 30 years of his life to building and maintaining the infrastructure of Wangapeka is now 83 years old. He is in good spirits, is physically active and he is still attending to many details of maintenance which everyone has come to assume happens here. Mike is now moving into semi-retirement. He will not be here for ever!

In the early years when many people spent months at a time at Wangapeka, there was concern to not have people living permanently on property. (Michael was an exception.) This was to guard against the possibility of the centre to being too coloured by the personal needs of any resident and also to encourage a situation in which all visitors could feel quickly at home. Now, people mostly visit Wangapeka for specific courses and the staff are the only continuity. Since they are often ‘hired’ to do a job, they don’t necessarily embody the vision of dharma-in-action that is what has been so special about Wangapeka. In the light of this, Mary and I both find ourselves wondering if perhaps the Trust needs to move in the direction of having more long term residential staff who regard their time here as part of their own life-path of unfolding; staff that can form the core of a fluid community of friends in dharma that are working together with the board; visiting teachers, course organisers, course participants and casual visitors, to maintain and facilitate Wangapeka as a place of refuge for humans and non-humans alike.

This is a heart felt appeal to our friends on the path. If you have ever considered living here at Wangapeka and contributing your skills in empathy, caring, love and commitment to helping others; along with your talents for office work, maintenance, land care and general housekeeping, now is the time. Wangapeka needs people who aspire to make every aspect of their lives, their path of awakening. It needs people with some maturity and stability of vision and practice in intelligent, well grounded yet innovative buddhadharma in action. This is not a business. It is not a ‘job’. It is really a vocation. Unfortunately, it takes a rare breed to live this way as it seriously goes against the ethos of economic rationalism that is driving NZ and much of the world today.

Please get in contact with the board and let them know in what ways you could help. The Trust is currently advertising the positions to be filled. This is an unavoidable necessity, however, the work here is not just a ‘position’. It is really an opportunity for some special people, to further cultivate their life-path of devotion and love in action. Wangapeka has been a significant and precious place for many people. May it continue to be so.

with warm good wishes in the dharma

P.S. Over the years, many hundreds of people have had uplifting involvement with the Trust. Many of them have fallen off the various mailing lists. If you can think of anyone who may value the existence of Wangapeka and who might be interested in helping, please pass on a copy of this letter to them.