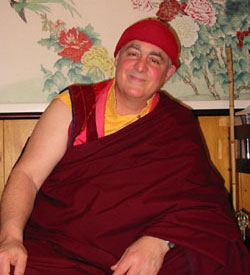 Part two of the Foreword

Because of the great wealth and prosperity on the planet today, it is possible an enlightened society could emerge. In some sense it could be said that unless an enlightened society does emerge we might become the great failed experiment. Our development as human beings is tenuous at best. A not too drastic change in climatic conditions could be the end of our species. The collapse of our global economy could trigger starvation and epidemics. We see signs of change on every level and there is no assurance anywhere that we will succeed in coping with the new challenges. If we do in fact continue to evolve, we will have to become conscious participants in this process. Up until now, we have stumbled along merely looking at the road a few feet ahead. In this way we solved problems necessary for our survival, however, this form of adaptation is no longer viable. Because we as a species have had such a huge impact on our environment, and this has only taken place in the last two hundred years, we must now consider the whole of sentient life rather than just our small and selfish group. To me it is in considering the totality of sentient life that the Buddha’s teaching has great pertinence and value.

Our resources on the planet are limited and finite, but our growth in population is not. Because of this disparity, we have to consider how best to use our resources. In the past, individuals and nations succeeded through military conquest and the hoarding of wealth. I believe we are coming to the end of this type of development. In our present world, this is not a viable strategy for success. Because when large numbers of people are disenfranchised, starving, or enslaved, such imbalance in quality of life brings with it the potential for violent revolution and epidemic disease. It is no longer possible within our present worldview to contain these highly destructive elements. The rise of terrorism is a perfect weapon to defeat global imperialism. It is no accident that this form of warfare has emerged. When a culture and way of life is threatened with extinction, large groups of people become hopeless, radical and desperate.

On the other hand, the disintegration of the fabric of wealthy nations comes from a lack of social continuity. Witness the types of crimes that have recently manifested in North America; inexplicable acts of violence, drug addiction and high suicide rates reveal the disenfranchisement young people experience. The en masse institutionalisation of education is proving to be one of the most destructive forces in today’s society. Lack of time spent in the extended family and lack of continuity of care increase disassociated behaviour. Such behaviour can not be explained unless we consider how dehumanised our society has become. Some may say that we have evolved too quickly. The bonds between parent and child severed too early have left us with a way of life that is truly bleak. By comparison to many of the past epochs of our evolution the emerging society has the potential of becoming an imprisonment of consciousness rather than a platform for the extension of consciousness into the universe. However, one thing is certain, we can never go back to an earlier stage of development. We can only go forward, and in doing so, we must lift our eyes to a higher horizon. Selfish, manipulative and nationalistic views block our progress. Only by recognising our interdependence and interconnectedness will we be able to evolve to the next stage. So long as individuals and small groups struggle for survival by indiscriminately exploiting the environment or other individuals, we all teeter on the edge of global disaster.

When our gluttonous consumption of fossil fuels depletes the ozone layer, we all experience the toxic effects. As long as global warming continues due to these emissions, we all experience the result. When there is starvation and epidemics in Africa or other places in the world, we all run the risk of it spreading out of control. Some scientists believe we have already passed the point of being able to reverse the devastating effects of our activities. Whether this is true or not, we will discover in a few years to come. Looking at humanity’s present situation, it should be clear that any strategy for survival must take into account our interdependence with all of life or it hasn’t even a remote possibility
of success.

It is at this time that we begin to see if it is possible for the human species to evolve to a new level of consciousness. This is a great turning point in history. In order for this new level to emerge, we must go against all of the selfish strategies that have served evolution in the past. We must transcend our instinctual desire to protect ourselves, families, communities or our nations by exploiting others. Given the present state on this planet, this may be the only thing that ensures the continuation of our survival. It is here that we are tested to our very marrow as a species. Do we have the intelligence to see the ramifications of continuing to function under the illusion of separateness? Can we make the quantum leap into the realisation of universal consciousness?

This brings us to the importance of the Buddha’s teachings. Because in it the development of consciousness satisfies our need for empirical experimentation and verification, and because it focuses on techniques or skilful means, it can be practised by anyone who chooses to use these techniques. It is not necessary to have a set of beliefs or predetermined worldview. The single most fundamental premise of Buddhadhamma is ‘awareness or mindfulness of what is’ and this is always seen as an ongoing process, never static, predetermined or finite.

Certainly, we will never practise these teachings as they did 2500 years ago, nor should we try to do so. The teaching, if it is to be realised, must occur in the present context. This can only happen through direct perception of what is. In our present situation on the planet, this means the realisation of our interconnectedness. Interdependence and interconnectedness are not an ideology but a statement of actuality. We as sentient life can never exist independent or isolated from totality.

The Buddha’s teachings are not merely theoretical understandings of consciousness. In some ways they are similar to the scientific method because they emphasise observation and experimentation. In other ways they are dissimilar because they state that we should not accept the results of other peoples observations. In other words, individuals use their body-mind complex as the ground to carry out their personal experiments in the development and cultivation of consciousness. The more we collectively understand the process of awakening the more we will encourage the young to embark on the cultivation of consciousness. If we do not observe and experiment for ourselves, we merely bandy about in the realm of conceptual theories. However good our ideas or beliefs may be, they will remain only ideas and beliefs until we put them to the test.

A highly evolved or enlightened consciousness functions in a fundamentally different manner than one that is not. Yet we should not think of enlightenment as an end, but instead as a beginning. Or perhaps it is both. It is the end of self centred isolationism and the beginning of open-ended unfoldment. When we experience this as individuals, we come to the absolute conviction it can be experienced collectively. When our activities arise from this experience, the peaceful and harmonious evolution of consciousness occurs. We are prototypes. Each individual has not only the right to experiment, but also the responsibility to do so. Our right only exists if we claim it. If we take up the discipline of investigating and developing consciousness, we can with certainty create what we will become. If we do not make these conscious efforts, we become the fodder for the haphazard, random and ruthlessly brutal machine of evolution. Without exercising our right of experimentation, we remain trapped in the historical context and can never leap out and experience a view of totality.

Some believe this leap is impossible. Others can only imagine it taking place if they project an identity or god outside of the context. Contrary to these views, with direct observation and experimentation we develop a view that leads to transcendence. If there is a purpose to human consciousness, it is to achieve this transcendence. To know for one’s self the origin of consciousness, the cultivation of consciousness and the cessation of consciousness. To know directly for one’s self what is a refined or beautiful mind, what is an ugly vulgar or mean mind and to make value judgements based upon this knowledge.

As we investigate our own being, we are transformed by this investigation. As we attain higher levels of consciousness, our view of ourselves and those around us is transformed. One who has not experienced this transformation, by the very nature of diminished consciousness, finds it difficult to imagine. One who trains and cultivates the mind with various forms of wholesome activity rides the crest of the wave of evolution. This is not a selfish indulgence in the bliss of liberation. Instead, it is the culmination of the longing and searching of every individual consciousness that has ever existed. When one being attains awakening, the whole of sentient life experiences and shares, on some level, this transformation.

Photo of Ven. Sonam Senge welcoming his HH the 16th Karmapa to the Open Path Centre in Nov 11, 1980, is used with permission from The Open Path, Boise, Idaho, courtesy of Paul Lingard. Please visit the Facebook page for wonderful historical photos: https://www.facebook.com/pages/The-Open-Path-A-Center-for-Eastern-and-Western-Studies/171425636226417?fref=ts