This story is based on my memories, some of which are almost 25 years old so there could be a few errors here and there but the general idea should be correct.

My name is Jimi Knewstubb. I’ve been going to the Wangapeka since I was born and even once before then, in the womb. I’ve always called it home. My first memory of the Wangapeka was at campsite #4 (above the caretakers house). This was before the electric fence was moved below the campsite. Outside our canvas tent, there was a pig rummaging around and dad went to scare it off. As a 5 year old I thought this was pretty exciting.

Another memory I have from when I would have been about 10 years old, my stepbrother and I both made bow and arrows. We had been building them at home for a couple years now so they were quite decent, they could shoot a bracken arrow with a good size nail in the tip and feather flights about 100m. My step brother being a bit new to the Wangapeka way of life, having a father that was a hunter and also being 10 years old, decided to see if he could hit a rabbit. Turns out he could. A couple of days later one of the adults saw a rabbit hopping around the main hall, seeming fine apart from a nail sticking out of its head like a unicorn. And that’s how the Wangapeka got the bird feeder on the north side of the main hall, our punishment (thank you Glen Harley for doing 98% of the bird feeder building).

I could keep going with memories forever, handbrake skids from an unnamed adult on the last corner at the bottom of the hill when going to the river, hut building competitions, archery contests, Lord of the Rings treasure hunts, New Year’s shows and countdowns, Milo, the main river spot just up the road a bit from the gate, wrestling matches with Dan on the main hall lawn, ringing the gong, etc.

I went to my first young adults retreat when I was about 22 years old. This was very different to Garden of Mindfulness (GoM). My connection with the Wangapeka was to the land and the people, not strongly the Buddhism. It was quite the shock for me doing a silent retreat and I broke down on the second day of silence. At the time I was definitely still trying to avoid all my suffering and that’s what I did for about 7 more years. When more life problems and suffering would come up, I would put them on the avoiding pile too.

After the last 18 months being filled with anxiety and depression, also the year that was 2020 in general, it was time to try anything I could to turn things around. My best friend Dan, Elli who I grew up with on the GoM course and Chani, an under arm bowling Australian (I presume that’s how she plays cricket), were taking the young adults retreat (YAR) this year (2020). I decided that it was time to give it another go and I was ready to face the suffering. We learnt about the four noble truths, three poisons, 8 fold path, breathing meditation and being in silence. From the start of the week I thought that the 1st of the 4 noble truths was suffering, and we were going to study the other 3 later in the week. I assumed they would be things like ‘Love’ or ‘Trust’ or ‘ friendship’. I was wrong. All 4 were actually suffering which was quite amusing given my current mental state but definitely made sense (yes, I made it through a lifetime of going to the Wangapeka without learning the 4 noble truths). Like clockwork, I broke down on the second day of silence, as I did 7 years ago and my journey began.

The next morning after our morning meditation I noticed so many things I never normally would on the path back to the main hall from the Whare. I remember the raindrops on the leaves being the most beautiful thing I’d ever seen. I was super aware of and interested in everything. That night after our evening meditation it took me 15 minutes to make the journey from the Whare to the main hall and I didn’t even realise I was walking that slow. There was just so much to look at and take in. That night in my bedroom I watched a sandfly buzzing around a spider web for 45 minutes.

The emotions I worked through in my days of silence were painful, but afterwards it was the first time I didn’t feel angry at the world for a long time and felt at peace. The tools I was given at YAR to deal with suffering are some of the most valuable I’ve ever had, particularly the 3 poisons. The people were incredible and the land was better than when I left it. I have the Wangapeka back in my life and it’s better than ever.

I can’t say how everything will turn out but I know I have a much better chance of it turning out well thanks to Dan, Elli, Chani, everyone else at YAR and involved with the Wangapeka. It will always be home for me and I look forward to returning next year. 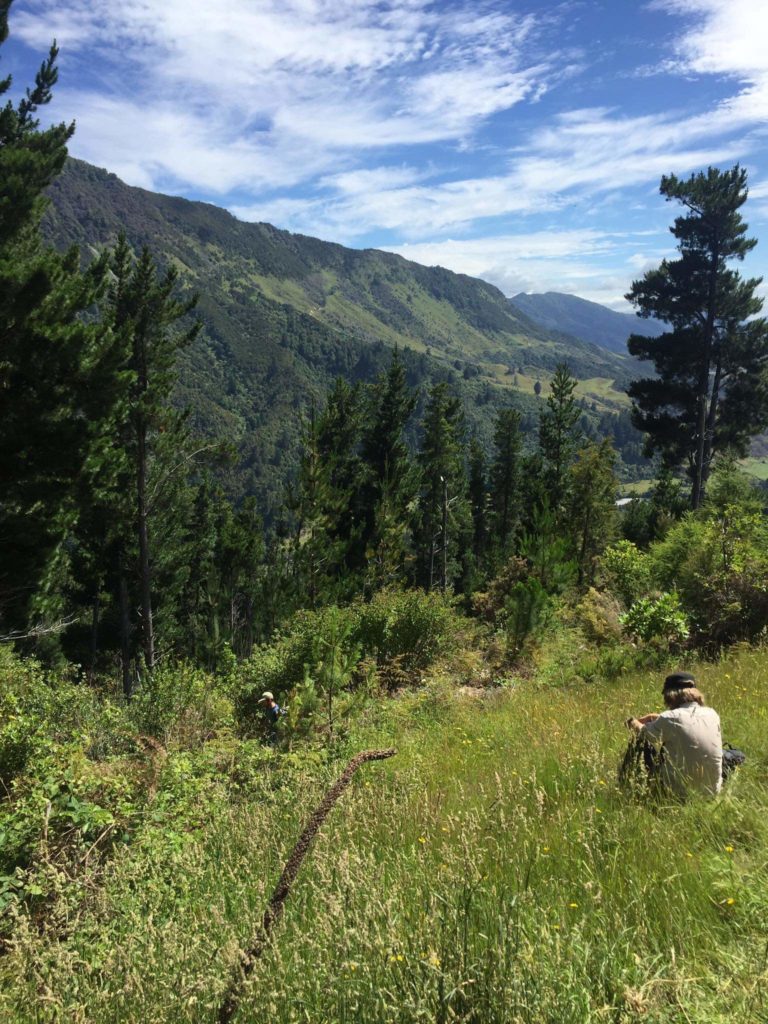