Jangchub Reid has been a teacher of meditation since 1973. He trained in the practice of mindfulness and studies on Dharma in 1975 with his main teacher, Ven. Namgyal Rinpoche, master of the main Buddhist traditions.

Jangchub studied Social Anthropology at the University of Auckland and Religious Studies at the University of Canterbury in his native New Zealand. He was a member of the NZ Association of Counselors and principal director of a community therapy center in Christchurch. Jangchub was also a consultant with the Department of Corrections, Department of Children, Young Persons and Families, and Family Court of New Zealand. He has also worked in family therapy and helped start anti-domestic violence and parole programs.

He has many years experience in counselling, community programmes and body-centred therapies. Jangchub helped in the early developments of the Sphere Group in New Zealand and at the Wangapeka Study and Retreat Centre, including the early Summer Schools. In 1998 he was invited to be Resident Teacher at the Dharma Centre of Queenstown. He then lived in the Drome-Provencale area, S.E. France and helped to develop the Namgyal Gonpa community. 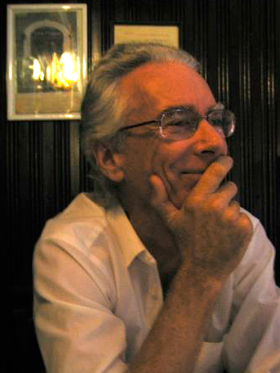 Jangchub teaches in an open, relaxed way that is direct and accessible to all people of any background. He encourages people to experience for themselves the true nature of their minds, thus liberating a profound flow of peace and compassion.

Since 2003, Jangchub has also taught in the UK, France and Brazil, as well as New Zealand. In 2011, he established Casa Namgyal, in Botucatu (SP). In 2013, he begins the Mindfulness Trainers Training Course offered by Mindfulness Trainings International (MTi), founded by him. He is a founding member of the Open Mindfulness Network (AbraMind).