Lama Mark (L. Karma Tenpa Lekshe Yongdu) has been studying and teaching Buddha Dharma (the Teachings of Liberation) and meditation for thirty-four years. He was born in 1956 in Toronto and he started practicing meditation at the age of 16, through a strong interest to understand consciousness, primarily using the mind to study the mind. In the following year he began formally studying Buddhist meditation with his first teachers Chorpel Dolma (Beatrice Raff) and Lama Karma Thinley Rinpoche (who introduced him to the Karmapaksi Guru Yoga and Extra-ordinary Foundation Practices) and in the same year he met his principle teacher the Venerable K. T. Dorje Namgyal Rinpoche. He spent the next ten years, between University studies and summer work, traveling, studying with Namgyal Rinpoche and being in meditation retreats. Lama Mark was Namgyal Rinpoche’s principle attendant for one year between 1974 and 1976, then had the good fortune to attend, reside and travel with, and assist him for many periods over three decades until his teacher’s passing away in 2004. He was instructed by Namgyal Rinpoche to begin teaching Abhidhamma in 1975. In the following year he was asked by his teacher to give guidance to students in Tantric meditations. By Namgyal Rinpoche, in 1976, he was given novice ordination which he held for a number of years.

Lama Mark has done extensive meditation retreats and periods of study, including the three-years of Teacher’s Training given by his root teacher during 1975-1977. He has also studied with many other outstanding teachers from Eastern traditions, including H.H. the 16th Karmapa, H.H. the 14th Dalai Lama, H.E. Chogye Trinchen Rinpoche, and more recently H.E. Ontul Rinpoche. During the 1980’s he was a resident teacher during Namgyal Rinpoche’s teaching at The Academy, a three-year seminary program at the Dharma Centre of Canada, Kinmount, Ontario. He has authorization by his root Lama to bestow Empowerments (Wong-kur) in the Vajrayana Tantric tradition. 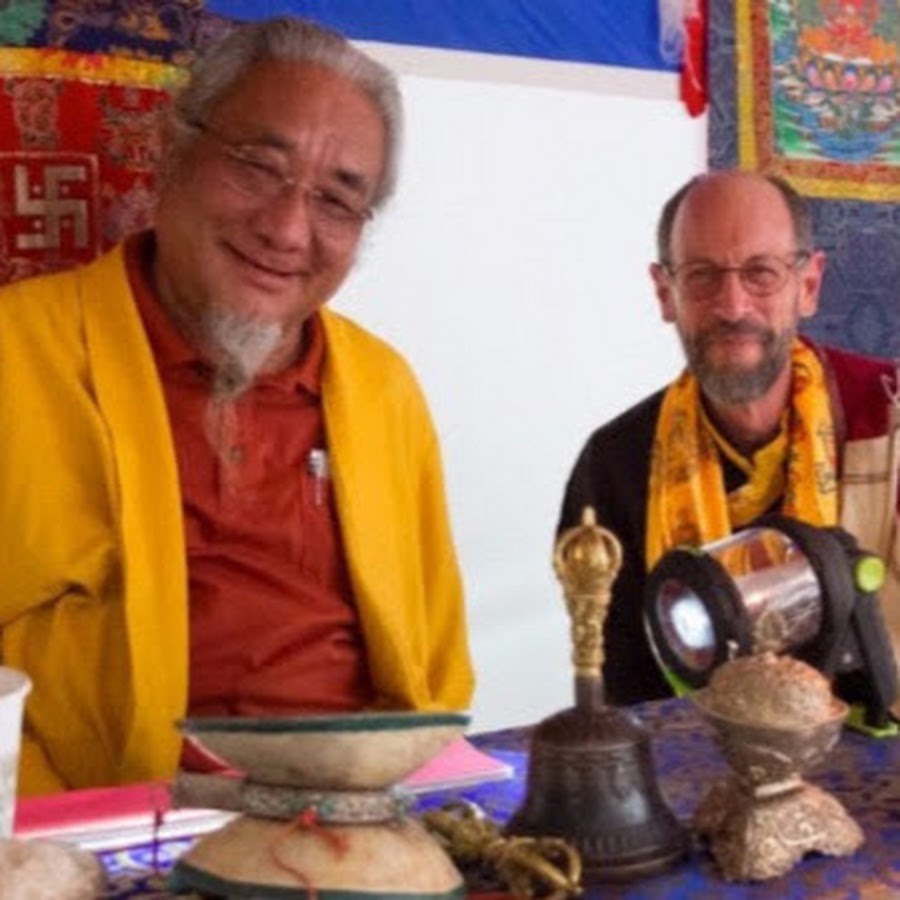 Mr. Webber’s background also includes research in molecular biology and chemistry, as well as training in fine arts and crafts. During his teens, he spent a year studying organic chemistry in Dr. Wright’s (Professor Emeritus of Chemistry, University of Toronto) private laboratory. His mentors in molecular biology at the Ontario Cancer Institute were Dr.’s Alan Bernstein, Andrew Becker and Barry Rolfe. He spent a year studying at the Toronto School of Art and he was a member of the Art Institute at Capilano College, North Vancouver, having studied bronze casting under the guidance of George Rammell. He holds a Masters degree in Anthropology, working with Dr. Charles Laughlin, to investigate the interconnections between meditation and neurophysiology. Mr. Webber is also a professional gemstone cutter, having cut gems for jeweller’s across Canada. He has taught quarry operations in Canada’s Arctic and is a sculptor in stone and clay. While in the Arctic he learnt stone sculpture under the guidance of George Pratt, Sam Pitsiulak, Phillip Pitsiulak and John McKinnon and during this time he was able to collaborate on some major sculptures. 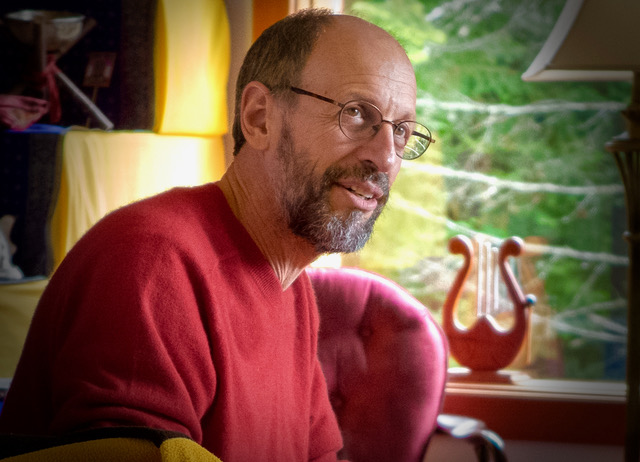 In the mid 1980’s he was an economic planner for the Government of the Northwest Territories, an economic and arts consultant in Canada’s Eastern Arctic, and for seven years he was the Co-ordinator and Senior Instructor of the Fine Arts and Crafts Programs at Nunavut Arctic College in Iqaluit, Nunavut, Canada. In 1997, Mr. Webber moved to Nelson, British Columbia where he became the Executive Director of the Kootenay School of the Arts, Centre of Craft and Design.

Lama Mark Webber is a Visiting and Resident Teacher for a number of retreat and Dharma Centres worldwide; for example the Crystal Mountain Retreat Centre, Galiano Island, B.C. and the Queenstown Dharma Centre, New Zealand. For a number of years, during the past 25 years Lama Mark has served as the Resident Teacher at the retreat property of the Dharma Centre of Canada in Kinmount, Ontario. Lama Mark also teaches at many other centres in Canada and internationally. He is the author of the books, “Why Meditate? A Heart Song of Vast Release”, “Union of Loving-kindness and Emptiness” and editor and author of two booklets, “A Basket of Gems” and most recently the “Progress of Insight”. 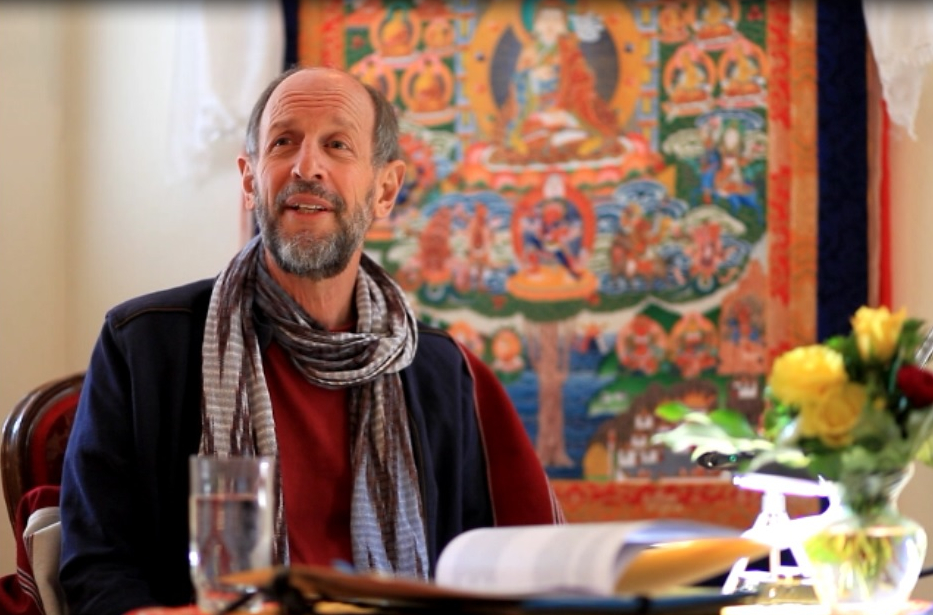 Lama Mark is also engaged in the study and research of marine and freshwater algae and plankton. When travelling he usually carries a portable Swift microscope, a stereo-zoom microscope, digital camera and laptop, sharing his interest and knowledge in microscopic life through courses and via the internet. Presently his microscopic images, including images from scanning electron microscopes, with taxonomic and ecological information are being stored and are publicly accessible on the University of British Columbia’s Biomedia Image and Movie Database. His current area of research is the environmental and life cycle causes of cellular stress, stages of stress or acclimation, recovery, resting cells and resting spores of the coastal marine diatom Ditylum brightwellii. 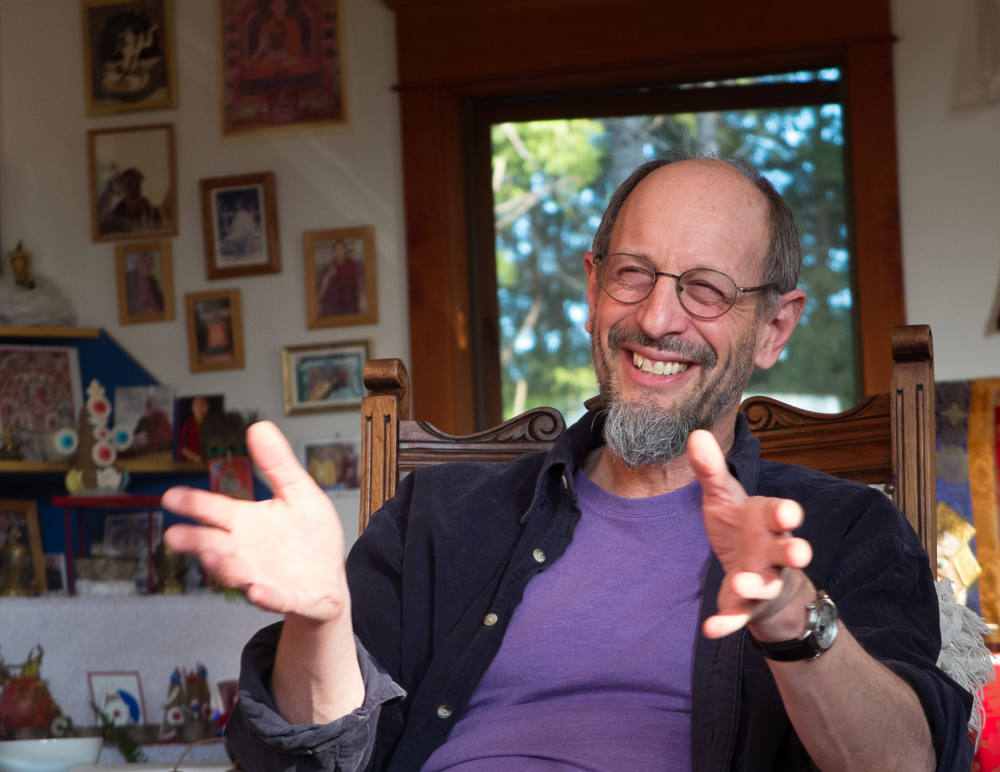