Earlier this year the sign ‘Whare Wānanga’ was taken down during a retreat, and questions were asked about the original naming of the Whare, and of cultural appropriation as this is currently recognised within Aotearoa.

The Board kept the sign down while seeking the story of the Whare’s name, cultural advice from Māori colleagues and friends, plus guidance from Elders.

Ray Caird who was on the Board of Trustees and one of the whare’s builders in the mid 1980’s was able to give us the story. The new meditation hall took several years to fund and build. During this time it was frequently referred to by Norm Howarth, Mike Elliott, Lily Hill and others as “the Chapel”. Several Board members felt that a more appropriate Aotearoa related name was required.

Ray contacted the Te Awhina Marae in Motueka (Ngāti Rarua, Te Atiawa) whose rohe extends up the Motueka River valley and its subsidiaries. He was referred to Tom Bailey, a senior kaumātua and invited to his home. After outlining the Wangapeka Educational Trust’s broadly Buddhist non sectarian universalist aims and the idea of seeking an appropriate name for the new teaching and meditation hall, Tom suggested the name Whare Wānanga … a house of higher learning. It was a gift that was gratefully accepted on behalf of the Trust, and it was welcomed by the Board and the broader sangha.

The Board has reflected on how actions and contexts in history change over time, and has asked what learnings, actions and relationships need to develop to honour the name Whare Wānanga today and in the future. 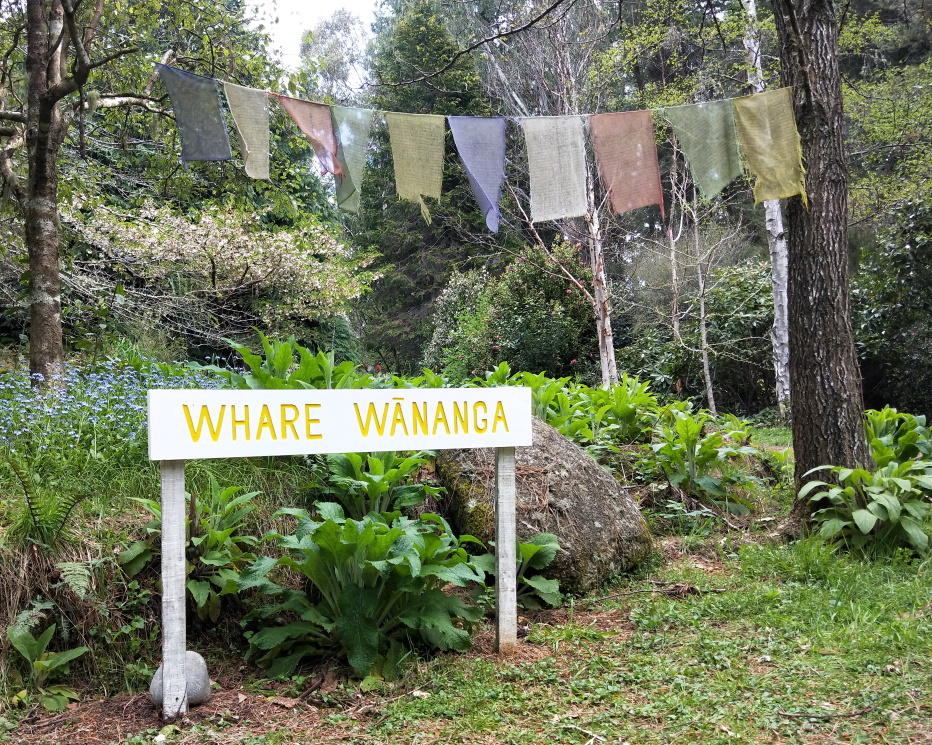 The Whare Wānanga sign has now returned, with spelling corrected to include the macron. The story of its naming shows us the importance of keeping the Centre’s history and knowledge alive. Ray is currently making enquiries to find a safe storage site for our archives and we are investigating further digitising archival documents.

Supporting the Centre’s Te Tiriti o Waitangi focus group is vital. This group is in its formative stages and will explore how we can engage more deeply with Te Tiriti, making recommendations to the Trust and being a visible presence in shaping our community with bicultural awareness.

The Board welcomes input from anyone with interest in this area.  Please contact Louise Petzold who can further outline the intentions of the group. louise.petzold01@gmail.com

While the removal of the Whare Wānanga sign has been challenging, this incident has provided an opening for many explorations, including attachment, non permanence, and living skilfully. May this be a catalyst for positive new initiatives, and an opportunity for the Wangapeka community to continue to grow together in wisdom and compassion.