When we leave the fear behind we come to see that death and impermanence point us to life and to living each moment with clear awareness and tenderness.Sonia Moriceau 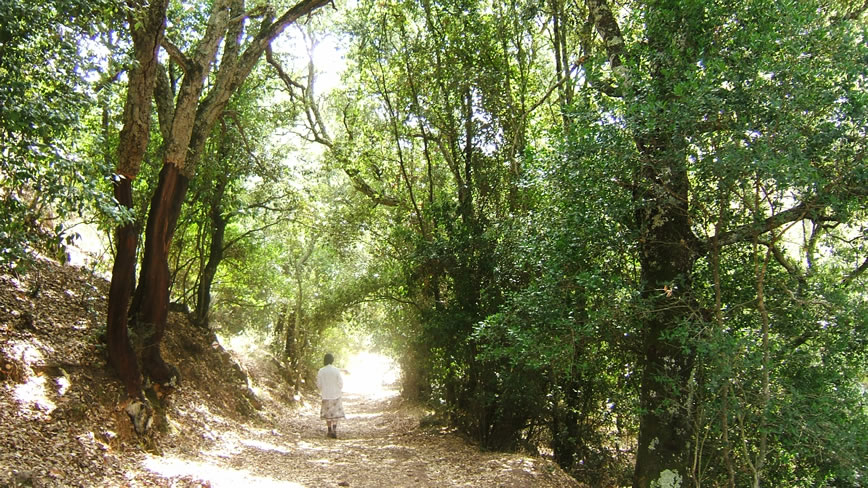 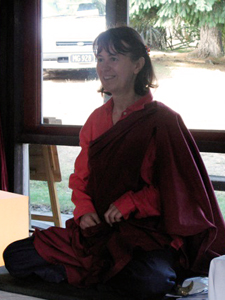 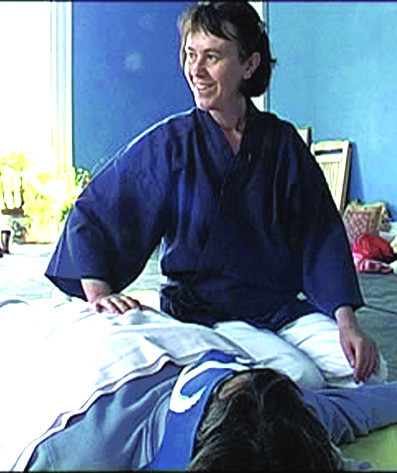 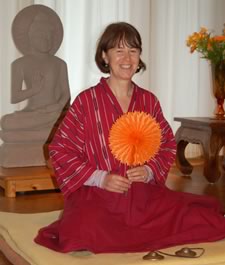 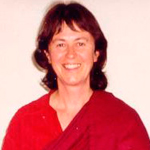 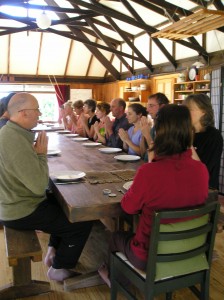 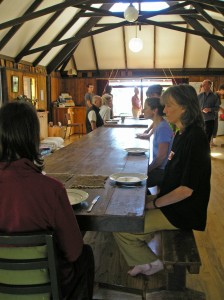 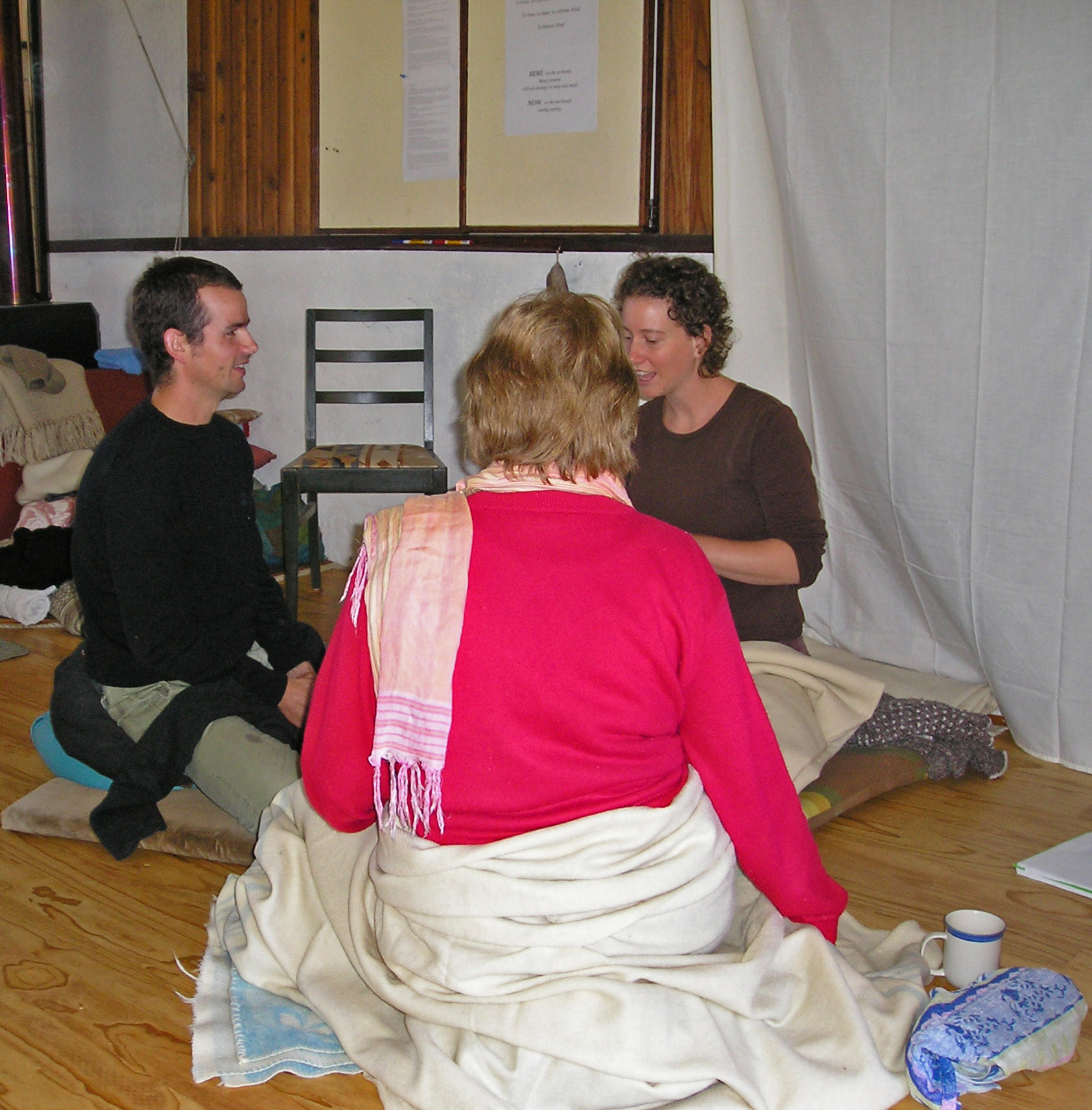 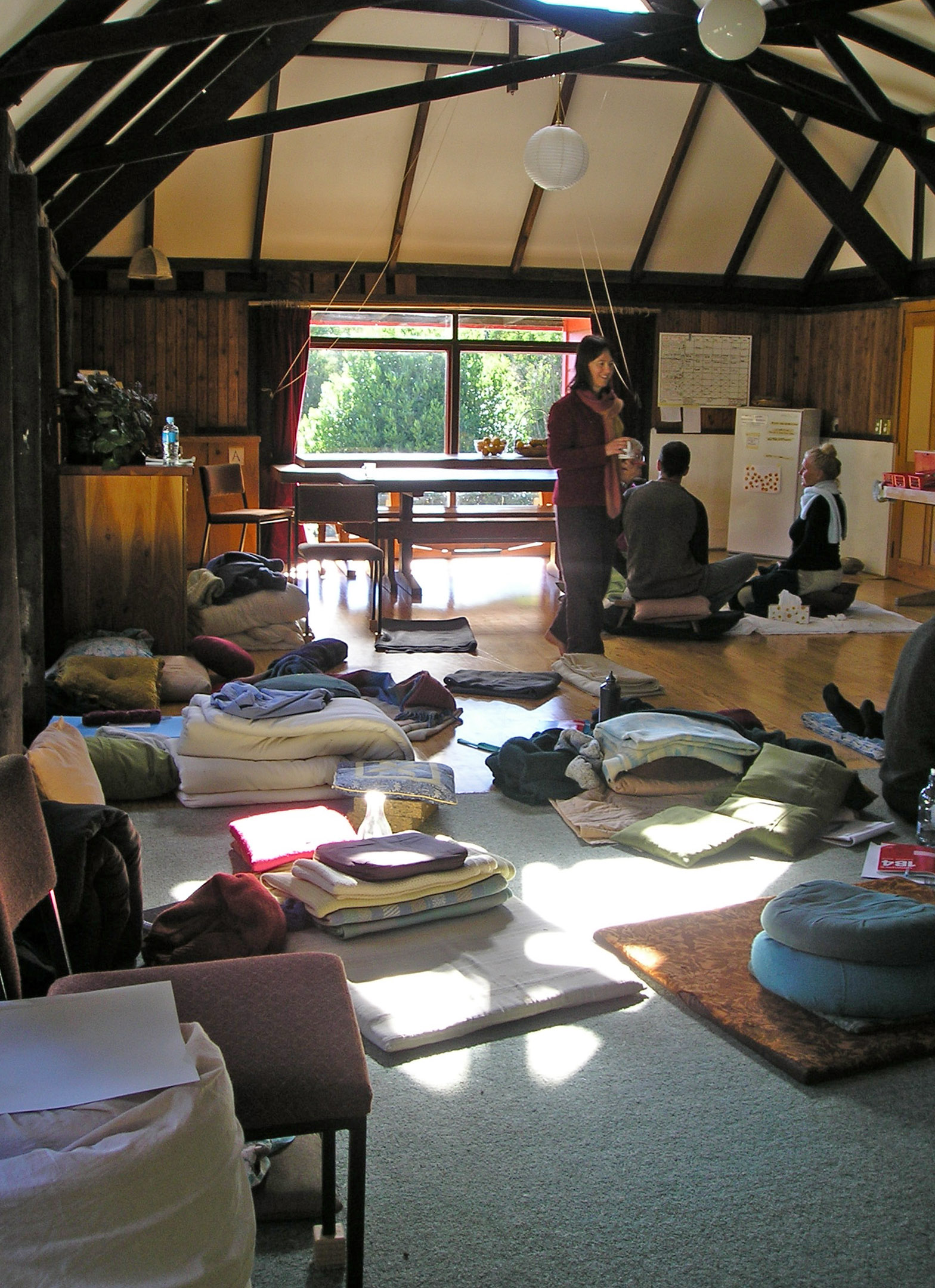 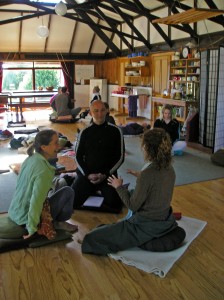 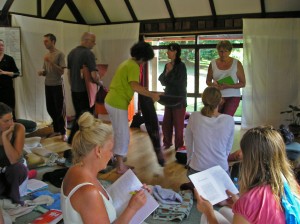 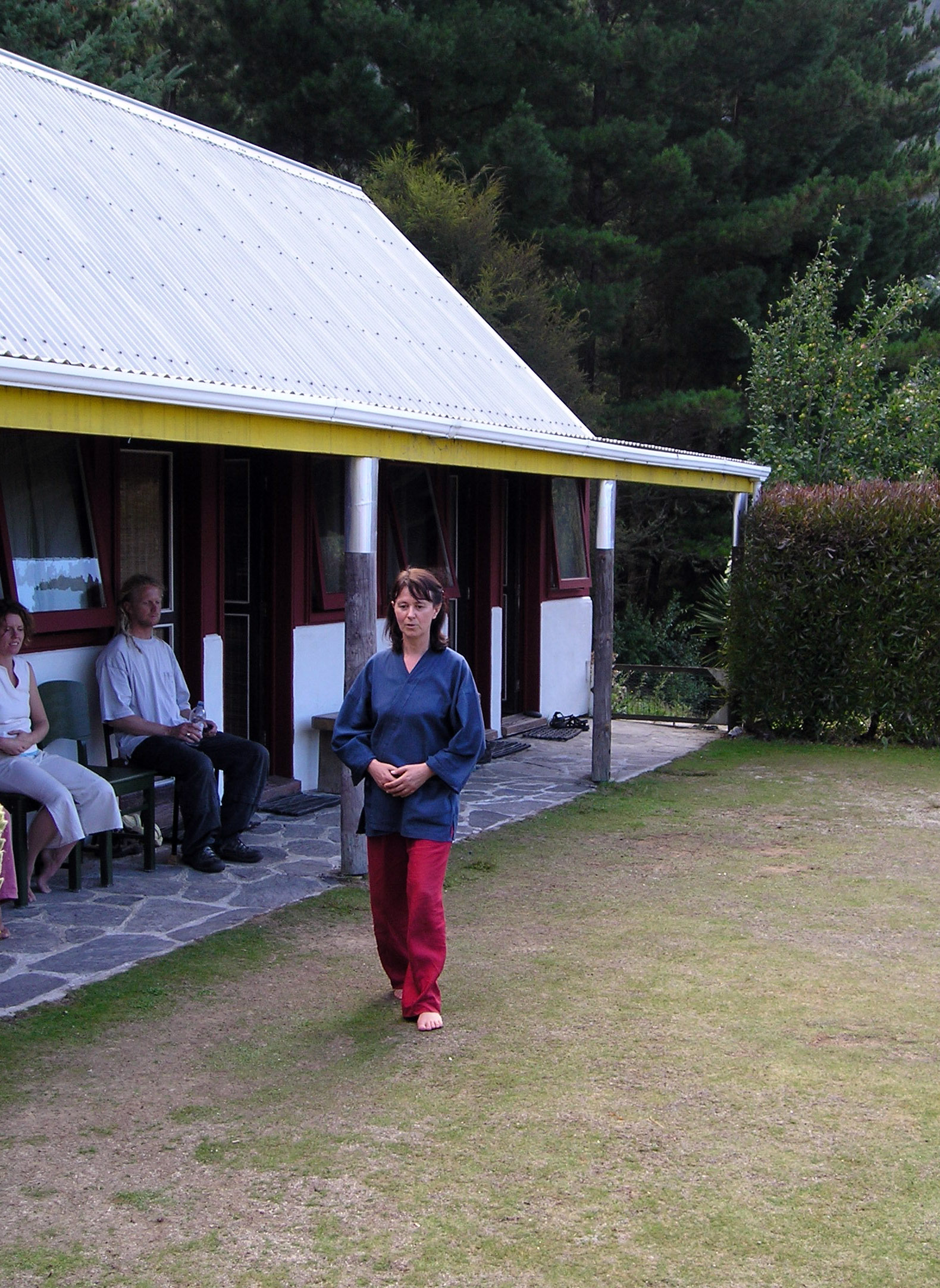 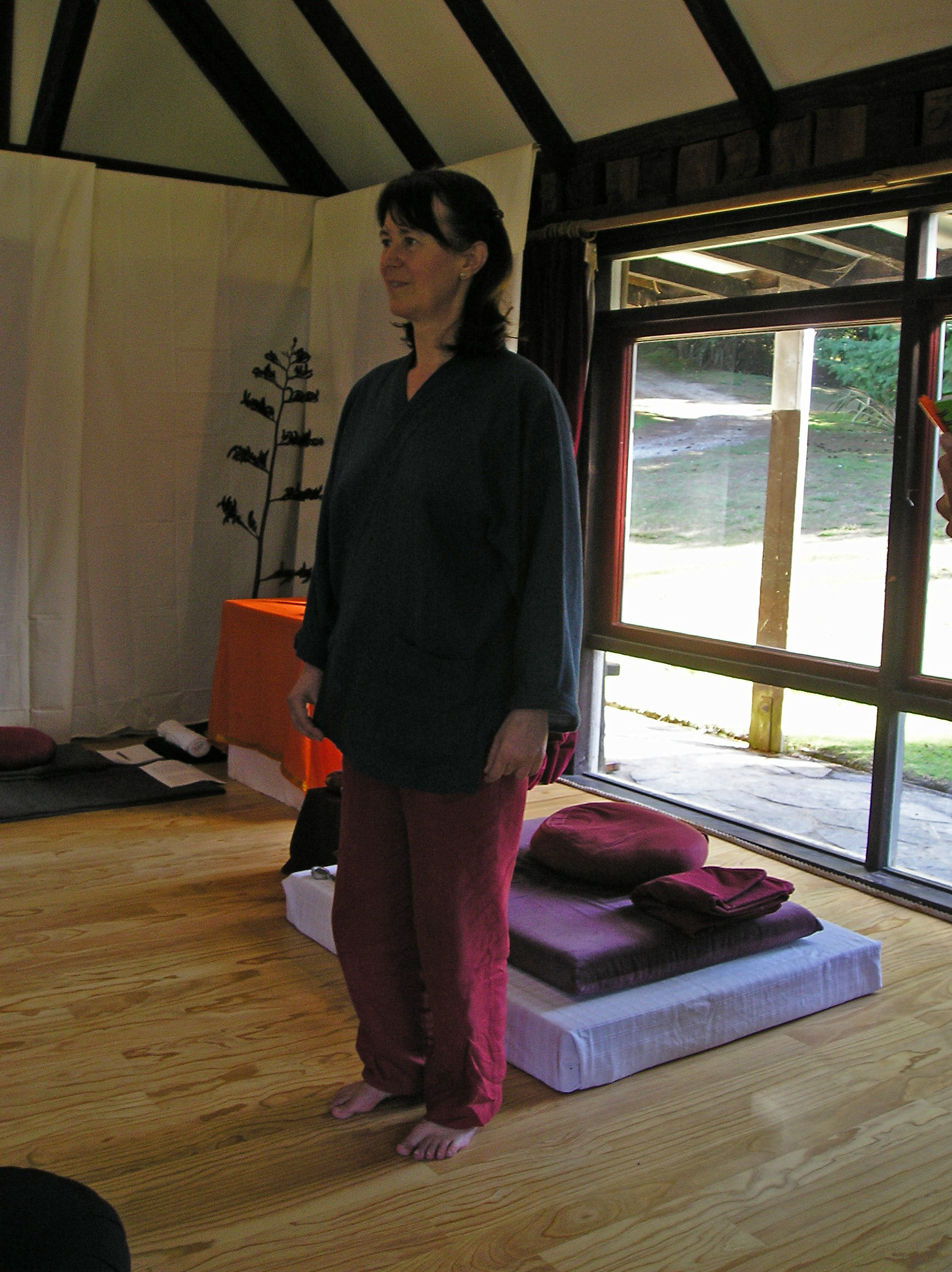 Sonia Moriceau, a devoted student of Dharma and teacher at the Wangapeka passed away in June 2013. She was a teacher of great depth and compassion, who supported profound healing and transformation in many lives.

Sonia met her first meditation teacher, John Garrie Roshi, in 1974 and under his guidance began training in Satipatthana, the Way of Mindfulness. This followed a ten year period as an international table tennis player and French national champion. The experience of body awareness, concentration and commitment gained in that time proved to be an invaluable preparation for her meditation training.

In 1982 John Garrie Roshi gave her permission to teach in her own right the Way of Mindfulness. During that time Sonia was also introduced to healing and subsequently to shiatsu.

In 1980 she met Master Ohashi and started her professional shiatsu training under his guidance. After graduating from the Ohashi Institute, Sonia began integrating Mindfulness Meditation and Shiatsu creating a unique approach to touch called Healing-Shiatsu characterised by its non-invasive quality and clarity.

In 1982 she founded the Healing-Shiatsu Education Centre offering a three year professional training, the first of its kind in the UK. Since 1996 Sonia has been focusing on the training of practitioners-graduates and teachers at her centre in the UK and abroad.

In 1997 Sonia met the Ven. Namgyal Rinpoche who became a strong influence in her life and attended many of his regular and intensive retreats in Vajrayana Buddhism. In 2001 she did a one year retreat at the Dharma Centre of Canada under his guidance. This was a deeply transformative, enriching and fulfilling year.

Sonia’s teaching was characterised by simplicity, humour and clarity, bringing forth her joy and vitality in sharing the gifts of wisdom and compassion she was so generously bestowed by her teachers.

Despite being diagnosed with Parkinson’s disease, Sonia continued to be a meditation teacher of great clarity and strength. In her last few years Sonia lived in semi retreat at the Orchard Dharma Centre, where she taught and guided students either in person, by letter or email.  The Orchard Dharma Centre, a beautiful rural sanctuary on the welsh border, was Sonia’s home and teaching space. Her husband Ad continues to offer training and retreats.

In Remembrance of Sonia Moriceau

I first met Sonia as a 21 year old, on a 6 day Shiatsu and meditation retreat, at Aiowera retreat centre near Auckland. The retreat included 3 days of silence. Sonia’s teachings touched my core and something woke up.

A few years later, having graduated with a Shiatsu diploma, my teacher Maggie encouraged me to study further with Sonia. I lived at Taliaris in Wales, the former retreat centre of Sonia’s teacher John Garrie Roshi. During this time I would travel to the Orchard to study a post-grad Shiatsu diploma with Sonia and I attended a month meditation retreat.

Back in New Zealand, settled in Nelson, and teaching Shiatsu myself, I invited Sonia to come and teach Shiatsu/meditation at the Wangapeka. She loved being at Wangapeka, in nature and connected to the spirit of Namgyal Rinpoche. Sonia came three times to teach.

Sonia was a small person but that body carried huge mana. She taught me how to be with my body, heart and mind with greater kindness. Sonia encouraged me to stop pushing so hard and to just be present with a gentle attitude. Her body awareness work and meditation was permeated with qualities of letting go and disengagement from grasping.

Over the years of working with Sonia I noticed she became externally softer in her teachings and energy, but more deeply penetrating. It was like when she put her hand on your hara (belly), you felt like she held your whole being. Her teachings were like that, clearly here in the now and at the same time connected to the universe… so present, so loving. The combination of the mindfulness teachings and body work from John Garrie Roshi, with her body awareness, hara based movement and five-element work from Shiatsu seamlessly blended with the powerful influences of Vajrayana and Namgyal Rinpoche. It was rich work. Always new, subtle and yet deep.

The last time Sonia came, she was already experiencing a lot of pain, in her arm especially. She never complained and just kept teaching and practising with that same compassionate determination. On that last trip she went on a walk to bush line hut at Nelson Lakes with Roger and I. Even though we could tell it was a challenge for her, it was also magical. She loved being in the wilderness.   Even on that final trip Sonia was talking about coming back. But it was not to be. She was embarking on a journey of more letting go.

In the year after Sonia’s passing, her husband Ad came to stay at Wangapeka. We scattered some of Sonia’s ashes. Ad also came with our family to a bach near Blenheim. It was a special time with a dear man.

Dear Sonia, you have blessed so many in many ways. May you be well and happy.