Here we honour her multi-faceted exploration of life, and the many ways she supported the unfolding of Dharma. Tributes from Mary Jenkins and Tarchin are followed by those of many others whose lives she touched. 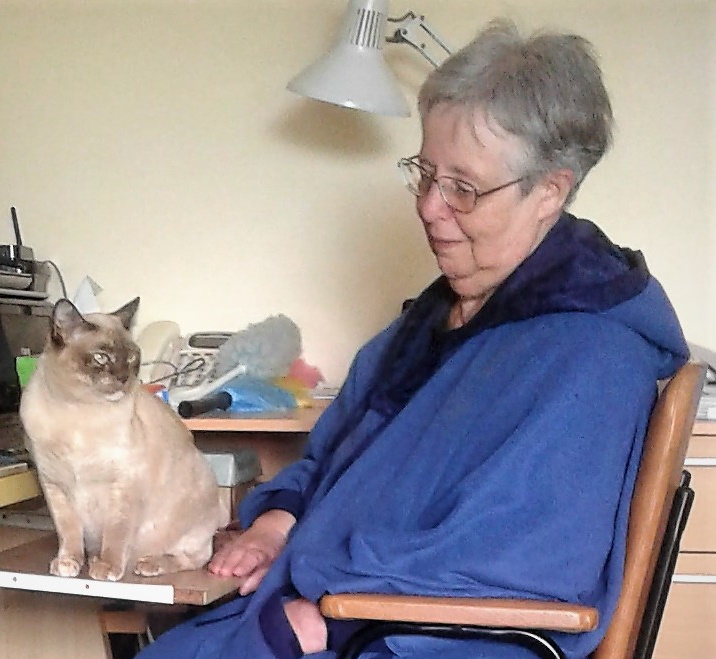 Remembrance of Thelma and Scattering of Ashes at Wangapeka – date coming soon.

There will be a gathering of Thelma’s friends and family, to remember and celebrate Thelma’s life and to scatter her ashes at Wangapeka (as she wished). We are planning this with her family and will notify the Wangapeka community once we have set a date.

If you would like to share any photos or stories about Thelma, but can’t attend her remembrance in person, please send them to Kath: mitchell.kath@gmail.com These will be shared at the remembrance.

The person we called Thelma died this evening. Mark Schrader and Kath Mitchell have been an immense support in transitioning her from her home in Hope to a care home in Nelson. Kath was was with her when she died. I wanted to let you know as you shared some of your life with her and she shared some of her life with you.

As I reflect back on the years, I see that there is much that I don’t know about her. What I do know is that she was a multi-talented women with a rich life experience.

Our first meeting was in Christchurch probably in the late 1970’s. I don’t remember how or why our meeting occurred. Tarchin and Wangchuk were in NZ, both teaching, and I was heading up to the Wangapeka for my first retreat. As there was a pre-retreat requirement to do meditative exercises of prostrations and Vajra Sattva, she offered to show/teach me.

We were both in Auckland for a while as she was moving from her scientific background and retraining in architecture. I was teaching school. The various threads of our lives continued to occasionally weave together as she became involved in the Sphere Group in Auckland and helped set up the Waikaretu retreat land.

Then when she came down to Nelson she became involved with the Wangapeka Centre. Her considerable intellect and knowledge of the ways of the computer helped to create the centre’s first website. We once again shared retreats and cups of tea.

During our book crafting times, she helped out in various ways. The cover of ‘The Vision’ was from one of her lovely pieces of art. Her keen eye for space and beauty helped in the aesthetics.

The sense of adventure that took her to the Antarctic (being the first woman to winter over at Scott base), then to England to spend 3 months on the English group’s canal boat, and continuing in the flow of teaching from Namgyal Rinpoche, seems to have defined so many aspects of her life.

It’s a mystery of who we meet and why; my life was much the richer for our interrelatings.

May all who she touched continue to spread the wholesome seeds of wellbeing.

A Farewell to Thelma from Tarchin

Thelma Rogers died in Nelson today. Physical suffering dissolving as the aggregates of her body let go, swirling in the river of life and living, letting go of old patterns through entering the path of the untraceable. 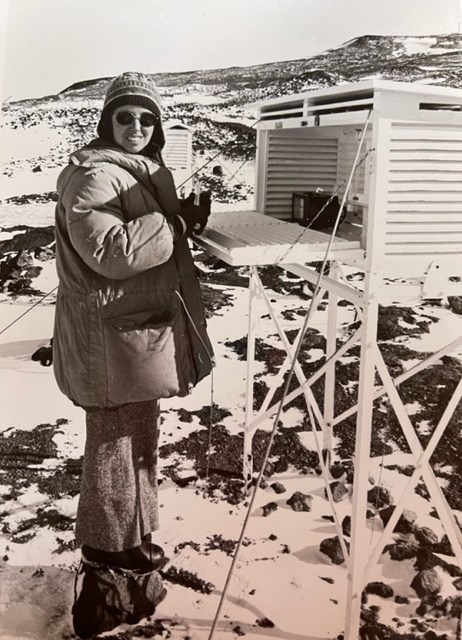 I think of her life. A thirst for understanding that had her going to Antartica, the first woman scientist to winter over at Scott Base. Later, studying architecture, fascinated by space in which to be and live and celebrate that being and living. Lending her skills to supporting dharma practice and dharma centres. A modeller in miniature visioning centres and organisations. Living at Waikaretu, holding the space for study and retreat. Learning to website design and setting up the first WET web site. Thinker and adventurer always looking for opportunities to share and support. She was quietly there for so many years contributing in ways that few people even knew.

Dear Thelma we sailed the Crystal Arc, exploring the narrow canals of England in that sunny summer of 1983. What mysteries your mind has contemplated – what journeys – and now the path has spread so wide it seems to have disappeared , giving into everything. Even knowing your once pained body is resting on a bed in Nelson, we can feel the reverberations of your life radiating everywhere warming our hearts and memories. All this wonder, life in its fullness, a blessing for everyone, in love.

“Thank you for letting me know about Thelma. I remember when she worked on the team helping to build the “Dumo Hut” (is it still called that?) for Tarchin’s accommodations during the Karma, Womb and Transcendence teachings course and his subsequent retreat in at the Wangapeka. More interweaving. She was based in Christchurch in those days and was still wearing the scientist’s cap. She talked joyfully about her expedition to the Antarctic.  It was always very enjoyable chatting with her. One of those people you could always rely on. Good sense of humour. I did not know about all these other things – but it does not surprise me.”
Michael Seaman

“Yes we had a lot to do with each other at one time.
She was incredibly intelligent person, happy to share her knowledge.
She could have been anything she wanted.
I wish her well.”
Michael MacKinnon

“Thelma was indeed a remarkable being, who touched many lives in a positive way. May the seeds sown in this life just passed, blossom into full awakening in the next.”
Silananda (Clive Matthew Wilson)

“Mary, thanks for letting me know of Thelma’s passing. I trust that it was peaceful.”
Jangchub (Lindsay Reid)

“Your words took back to the time that we had regular star group meditations at her little basement flat; in Parnell I think it was.”
David Pooch

“So quiet and understated. Soft with a hint of fierce.
We touched base many times –  and I do recall she told me off for some reason as we shared kitchen duties.
How splendid of Mark and Kath to be so close and caring in her life.
We flow through life and the Wangapeka thinking we will all meet at the next retreat … ”
Terry Walton and Clare Murphy

“She was indeed a unique character and of course the mainstay of our Auckland Sphere Group for such a long time.”
Eileen Burton

“I have fond memories of the time I flatted with Linda and spent a lot of time with Thelma.”
Paula Green

“It seems a little unreal to realise we won’t meet again. Our time shared together at the School of Living Dharma seems all like last season… I have many, many memories of Thelma’s intelligent mind & commitment to a Dharma life & to Wangapeka. She showed me my first real images of Antarctica & shared many stories abouts the evolution of Wangapeka before I arrived there. I have never been hurt by her sometimes abrupt side & remembered that she lived then with a lot of pain, frustrations & physical needs, yet always trying for her best.

These years were such beautiful years. They ‘launched’ me in life with increased trust & confidence equipped with Tarchin & yours’ box of supreme remedies & tools to cope & grow in-life. Not a week goes by without feeling Tarchin’s teaching’s support! I’ve learned to live in the miracle of existence & bounce back from my difficulties. I feel privileged & grateful that we were community with Thelma at the time.”
Dominique de Borrekens 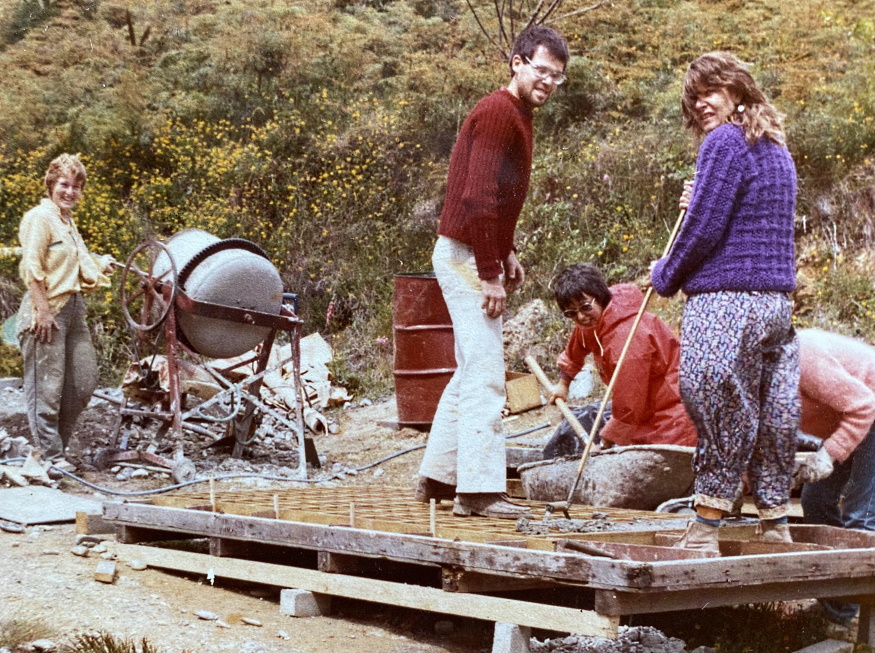 “I think you were there Mary? We couldn’t afford to buy the bricks for the pagoda so Mike made brick moulds and every day rain or shine we would mix up a batch of cement and pour a new set of bricks!”
Meredith Baillie

Photo: Thelma with shovel at the wheelbarrow, Meredith on the cement mixer, Stuart Rhynsburger standing, other woman unidentified.

“I took a few moments to reminisce about times we shared at the Wangapeka Retreat Centre. She was a special woman and I am glad I knew her.”
Kristin Edgler

“Thank you. I have been sitting with this. Lovely to hear more of Thelma’s background in the dharma and where she contributed her skills talents and kindnesses.
I first met Thelma at the Sphere Group in Auckland where she was a strong member, always supportive and helpful. Then knew her when she built her little house Pema Ling at Wangapeka and lived there for quite a few years——always supportive and the little house became a retreat hut that I have used when Teaching at Wangapeka.—Which I have greatly appreciated. Some fond memories.”
Leander Kane

“Gregg and I spent some time in the botanic gardens talking about our memories.  A very kind woman.”
Kathleen Gisho and Gregg Devereux